Welcome to 2022! We're here to help you. Call us for quotes, orders or a showroom appointment.

On Saturday 15 December 2012, Leeds and York Partnership NHS Foundation Trust (LYPFT) made history by breaking the record for the longest line of bunting. During 2012 many groups and communities tried to create a new record for the longest bunting. They were spurred on by the Royal Jubilee and were trying to break a previous 2011 world record. But they were over-taken by the challenge from Yorkshire. 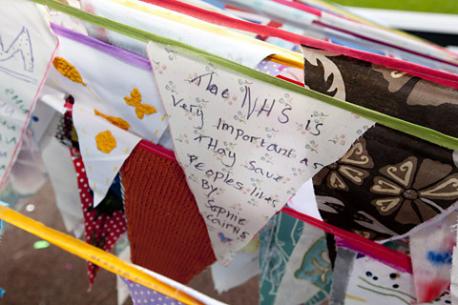 The Trust launched a campaign named, What’s your Goal? to raise awareness around the relationship between mental and physical health. Leeds and York Partnership NHS Foundation Trust provide mental health and learning disability services across Leeds, York and North Yorkshire. Members of the public, schools and businesses were all encouraged to set a goal and make a piece of bunting which represented their goal.

As part of the 9 month long campaign, the Trust set a goal to break the world record for the longest line of bunting. The finale to the fantastic year-long campaign saw over 15,196 pieces of bunting ( 2.3 miles long) all joined together and laid out on the pitch at the Leeds United football ground at Elland Road ready for invigilators to check the criteria needed to break the world record.

The bunting then moved onto York for display at the Coppergate Centre in town and at the Monks Cross shopping centre on the edge of town. 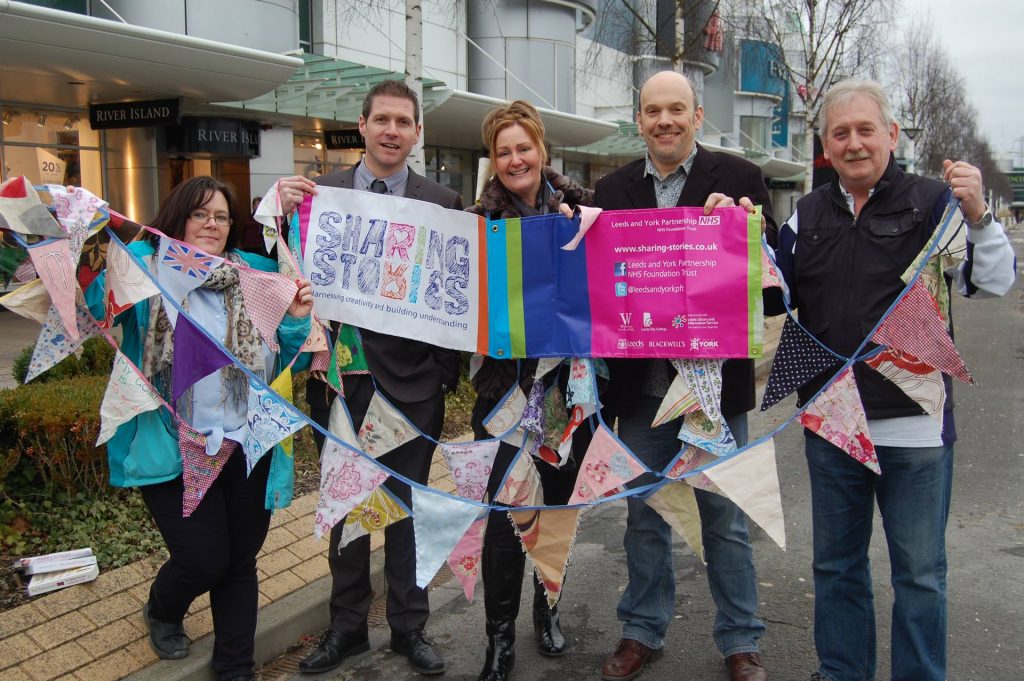 Organisers of the Monks Cross bunting display showing off a tiny segment of the record breaking bunting.

Fabric Gallery and Interiors of Dunnington supplied large quantities of fabric off-cuts for volunteers to turn into their pieces of bunting. Each volunteer made a length of bunting on a ribbon which then joined together to become the record breaking monster length completed in December.

Congratulations to all the volunteers and organisers!