If you haven’t been online since early January or you have not monitored the local news around York, you may be wondering what the York Lifestyle Exhibition was all about.

It was the first event of its kind in Yorkshire, a show put together collaboratively by a group of enthusiastic and like minded local independent retailers. The objective was to show that despite the prevailing economic situation, all was not gloom and doom on the high street.

Fabric Gallery & Interiors was one of the exhibitors and we were keen to showcase new designs and collections appearing for Spring 2013. We also wanted people to have a chance to think about their home décor well in advance of the usual Spring surge in interest. 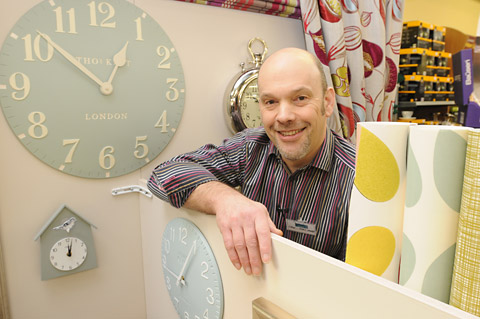 The Exhibition had an important ulterior motive. The exhibitors decided to help a local charity that could benefit from the publicity that the show would receive. York House – part of the Brain Injury Rehabilitation Trust, fitted the bill perfectly. So much so that most of the exhibitors had never heard of their good work in York!

After 4 days of hard work we can safely say that the York Lifestyle Exhibition was a resounding success. Depending on whose fingers were used to count, somewhere between 1000 – 1500 people joined the twelve exhibitors and 2 charities over the Saturday 2nd and Sunday 3rd of February..

Hard work started on Friday though as the exhibitors built their stands ready for the official opening by the Leader of City of York Council, James Alexander, on the Saturday morning. Early birds on both days snapped up packets of free seeds from the Deans Garden Centre stand.

Throughout both days the exhibitors ran Taster Sessions conveniently held under an indoor gazebo. One could see the latest high tech TV equipment demonstrated, or learn how to coordinate colours and home décor (courtesy of Fabric Gallery & Interiors). There were also presentations on holiday protection and garden design. The prize for most unusual demonstration must surely go to Allerthorpe Lakeland Park who persuaded two teams of volunteers to escape from complex rope knots. No Houdini’s here but a bit of fun! 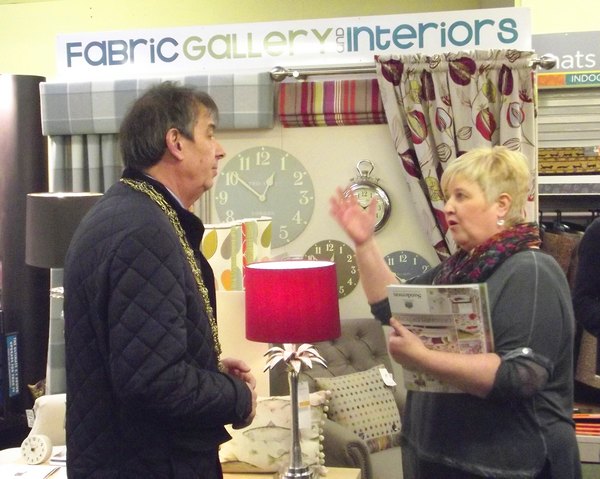 On the Fabric Gallery & Interiors stand we had curtains, pelmets and Roman blinds on display in exciting new fabrics. We had samples of Orla Keily wallpaper for 2013, and on the walls we had an assortment of Thomas Kent clocks.

We were also pleased to have two chairs from The Occasional Chair Gallery who also provided Designers Guild furniture and footstools in beautiful lambs-wool by Johnstons of Elgin.

How the show came together

The York Lifestyle Exhibition existed for just two days in early February in a space dedicated by Deans Garden Centre. But how did it come together?

If we go back to last Summer, the Exhibition was not even a concept. But the germ of the idea arose at a marketing being held between the exhibitors. As none of the participants had put together an exhibition there were a few hurdles to overcome. Surprisingly this didn’t put off most people and the majority of the businesses at the early meetings were on show on 2nd & 3rd February.

The date of the exhibition was not an accident, since it was set by the availability of exhibition floor space. Deans Garden Centre had just one weekend where space would be available. So the York Lifestyle Exhibition was really the filling in the sandwich, squeezed as it was between the end of the Christmas/New Year period and the start of Spring & Easter.

As for practical nuts & bolts, the exhibitors only had a few hours in which to build their stands and set up the show on the Friday afternoon. Everything had to be ready for the official opening by Councillor James Alexander on Saturday morning.

Team effort, and hard work made sure that everything was in place and ready to welcome hundreds of visitors within hours of the opening. Not surprisingly, with all hands on deck, no-one was taking photographs of the show creation. Wouldn’t it be good if we’d had a time lapse camera running to condense the whole weekend into a three minute video? Luckily one photo was captured. 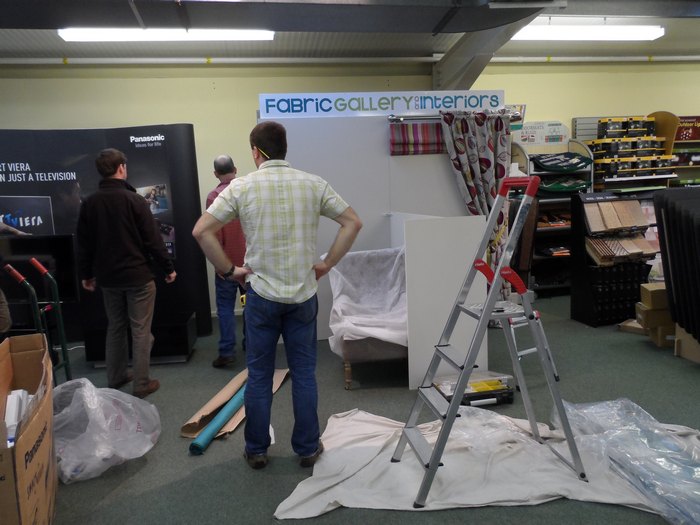 Above: We are rushing to complete our stand before the show opens (everyone seems camera shy!).

Below: The calm before the storm – our stand just before the show opening ceremony. Steve, Fi and Alex are ready. 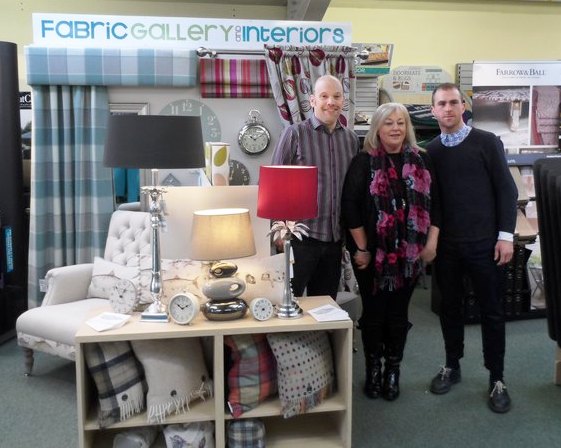 By Sunday afternoon the show was in its final phase and the Charity Draw was made by the Lord Mayor. That meant there was less than an hour left to run. Once all the visitors had departed, the exhibitors had to break down their stands in just an hour!

At the end of the weekend, everyone was exhausted but euphoric and looking forward to 2014.

Thank you to Deans for the space that made the York Lifestyle Exhibition possible.